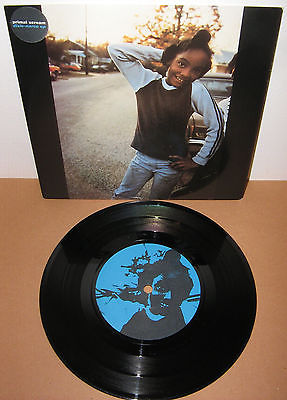 Primal Scream always seemed to be a band of extremes.  They’ve always been retro-leaning, just check the very Byrds-like twang of their debut Sonic Flower Groove.  It’s not a great album by any means, made worse by singer Bobbie Gillespie’s thin, reedy voice (which would improve over time).  His full-time gig as drummer for Jesus & Mary Chain at the time likely didn’t help matters either.  But it was Primal Scream’s second, self-titled album, that would see them first flirt with their most well-respected dalliance:  late 60’s & early 70’s Rolling Stones style compositions.  The grooves on Primal Scream are thick with Goat’s Head Soup style leanings.  It’s not a bad album, but it would quickly be overshadowed by their breakout, the Britpop-meets-Acid House mashup that was Screamadelica.  If you don’t know anything about this album, seek it out and listen to it before reading further.  Despite the majority of the songs being modern (at the time) groove constructions, there are still a few nods in the direction of the Stones (notably “Damaged”, and lead album track “Movin’ On Up”).

And it’s here that the band’s Stones fixation would point in the direction of their future.  Sure, “Movin’ On Up” has enough of a groove that it fits in well with the majority of the Screamadelica album, but it’s the EP released to promote the song, the Dixie-Narco EP, that would really reveal their Stones fixation to a wider audience, one that hadn’t been listening at the time of their self-titled lp.  Produced in Memphis, TN by Jimmy Miller, “Movin’ On Up” points directly towards their follow-up album to Screamadelica, the maligned Give Out But Don’t Give Up, a mellow, swampy album of ballads and mid-tempo rockers.  One side of the 12″ is given over to the song “Screamadelica”, which oddly enough didn’t appear on the album of the same name.  It’s a great acid-house jam, totally encapsulating the dance sound the band were trying to convey.  But it’s the other 2 b-sides that proved that Primal Scream had done their homework.  “Carry Me Home” and “Stone My Soul” both sound like Beggars Banquet-era Stones outtakes.  The songs were produced by Andrew Weatherall, so you can’t credit the sound on the influence of Jimmy Miller (who produced many of the Stones’ classic albums, along with, of course, “Movin’ On Up”).  “Carry Me Home” is probably one of the best things the band has ever recorded.  Originally written by Dennis Wilson for the Beach Boys, the band removes any trace of California sunshine from the track and inserts an organ and piano, and drowns everything in echo and reverb.  It’s a brilliantly conceived, melancholy cover, one of many that Primal Scream would do over the course of their career.

After Give Out, the Scream would flirt with electronica, shoegaze, and industrial dance, before once again returning to the Stones with Riot City Blues in 2006.  I think the album as a whole is fairly terrible, and there are some reviews that back me up.  It seems like Primal Scream ran out of ideas by the time they got to RCB.  The only good song was the remix of “Sometimes I Feel So Lonely“, so most people didn’t even hear that one.  Your mileage, as always, may vary.  Perhaps the well of Stones-inspired music was over though, as they have wisely stayed away from the swampy retro sounds of the bar-band done good with their last 3 official albums.   I still like Primal Scream, even if not everything they touch turns to gold, and unlike a lot of bands that have been around for 30 years, they’re still trying to push the envelope, still putting out new music, still trying to find relevance when most of their fans have stopped caring about ‘relevance.’  It’s not a bad trait to have.